THE HISTORY OF LASER EYE SURGERY IN CYPRUS

During the 80s, some researchers came up with an idea to use laser to carve it directly onto the very surface of the human eye (cornea) which is, in fact, a transparent material like regular glass, to correct the refractive error.  This idea proved successful as “PRK Excimer Laser” technology (First Generation Laser Surgery), and were used successfully in a large number of patients. This technology, though, had some drawbacks; first, patients had considerable eye pain a few days postoperatively, sometimes requiring strong analgesics. Second, this method was mostly successful in low and moderate diopters of refractive errors; high-diopter corrections were not as precise, and had a high rate of complications. Nevertheless many patients chose to have this laser eye surgery in Cyprus.

In the 90s, a new type of laser eye surgery in Cyprus was introduced to diminish postoperative pain and to lower the complication rates.  This applied a laser to the inner layers of the cornea after creating a cap (flap) on the surface of the cornea and then place the flap back on after lasering, instead of applying the laser directly onto the surface of the cornea which was much less painful.  Moreover, with this new technology called LASIK (Second Generation), even higher diopters of refractive errors -up to 10-12 Diopters could be easily corrected.  Unfortunately this technique had two important drawbacks; first, during the creation of the flap, corneal nerves entering the cornea were cut almost thoroughly leading frequently to a complication called “Dry Eye” in a great number of patients, which was permanent in some of them. The second problem was another complication called “Ectasia”, which is a thinning and herniation of the cornea.

In the beginning of 2000s, laser eye surgery in Cyprus underwent a revolution with the introduction of SMILE laser technology (Third Generation Laser Surgery) which overcame the complications related to the second generation laser surgery.  With SMILE a new laser technology (Femtosecond laser) is used to create a small lenticule (a small lens) in deeper layers of the cornea without touching the front part of the cornea, then this lenticule is taken out surgically through a 2-3 mm incision. Cosmetic Surgery Cyprus in association with the Near East University Hospital in Nicosia is the only hospital that can offer this 3rd Generation laser eye surgery in Cyprus.

ReLEx SMILE laser eye surgery in Cyprus is proving very popular with patients from all over the globe as it is very affordable when compared to having the same surgery in other countries such as the UK and US.

Call our telephone operatives to find out more about cosmetic surgery abroad in Cyprus.

Call our international patient co-ordinators to find out more about cosmetic surgery abroad in Cyprus. 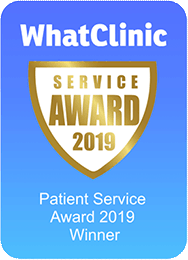 Cosmetic Surgery Cyprus
5.0
Based on 13 reviews
powered by Facebook

Katy Ecott
2020-04-15T18:07:06+0000
I recently had a tummy tuck with Cosmetic Surgery Cyprus and have been very happy with the results and great care from... everyone involved. Doctor Bugra was highly professional and my operation was a complete success. I was more than happy with the results and my speedy recovery even exceeded my expectations. After my procedure the aftercare was brilliant, the nurses were amazing and Dr. Bugra was always around. Gill provided support before, during and after. Ensuring my aftercare was incredible. I have had no complications from this highly complex operation and have no qualms about giving them my full recommendation and intend using the company again.read more

Sharon Riley
2020-01-16T20:19:32+0000
I cannot express just how happy I am with the tummy tuck I had in November 2019. From start to finish the procedure was... excellent, the hospital immaculate and Dr Bugra is an absolute artist. He removed 3.2k of excess skin and fat that I have been unable to shift after losing 11.5 stone. I was incredibly self conscious of my saggy, bulging belly and had wanted this done for years but not had the money or courage to do so. I now have the cutest new little belly button , a beautiful scar that has almost faded and a flat tummy which looks fab in any tight fitting clothing. Something I would never have been able to do or wear before my operation. If you have even the slightest doubt about having this done in Cyprus...don’t... you won’t regret it! Cosmetic surgery Cyprus is outstanding value and I will definitely be back for a leg lift in the future.read more

Susie Swan
2019-11-24T11:18:37+0000
After having recent surgery with dr bugra can highly recommend . He is very good, efficient surgeon, who is also very... helpful with advise and care. My experience with him is one of reassurance and honesty. Gill, his co ordinater, is also extremely helpful and will always get back to you on any question or concern. Which was also and still is reassuring.especially after returning home. Dr bugra is popular with local community too. Well known and liked by many.read more

Louise Brown
2019-08-20T07:28:51+0000
Dr Burga and Jill are a fab team, my experiance was great would highly recommend! The hospital was amazing and the... staff were very friendly and always there to help. Very professional and very happy with my results 😍 finally feel confident with my body after having my two boys! thankyou very much!read more

Angel Snow
2019-06-26T20:18:27+0000
After losing 210lb in 2yrs I decided in 2018 to start my plastics journey. Dr Bugra was recommended to me in a group. I... contacted him and he was fast to reply he explained to me what he could do for me and explained as I'd lost soo much weight that my path wasn't going to be quick because of this. So I booked in for September 2018 for the first part of my tummy tuck and a breast lift with implants. Surgery went really well and I recovered and healed fast. If I had to explain the feeling after I'd say I had a burning and stinging sensation a small amount of pain in the first 48hrs but that passed. This month I have came back and had my tummy revised and my thighs lifted. I'm soo in love with my new legs and am happy to say so far I'm healing well. Only stinging and burning sensation along with feeling uncomfortable after surgery, so far no great pain. I found the hospital to be clean and upto eaten both occasions. The most of the staff spoke ok English and Dr Bugra speaks really well English. Dr Bugra gave me regular check ups while I was there last time and this time and on my last he suggested what he thought our next plans should be and I guess he will do the same this time. Dr Bugra has aided me to regain more confidence. I found confidence with the weight loss but then there was the skin that stopped me enjoying my new body so here's to the future sag free me 👍👍👍read more

Charlotte Bonner
2019-03-07T23:12:45+0000
I am 16DPO I had breast augmentation, I was so worried about going over to Kyrenia for surgery. I made sure i done lots... of research, when I got to the hospital i felt so comfortable. I am so so happy with my results my scars are so neat and tidy they amaze everyone! I cant wait to share my 1 month post op pictures 😍 thank you Gill and a massive thank you to the lovely Dr Bugra ( ive added two pictures of my scars) 😍read more

Elaine Davies
2018-12-30T10:24:25+0000
I booked 11 weeks in advance of my chosen date. Gill answered every question I had. All my concerns addressed. I met... Dr Bugra before my op and he ensured I knew what was going to happen and what to expect when I woke. The hospital staff and facilities are first class and better than private hospitals at home. The results have been better than expected. My recovery has been pain free and my follow up appointments made. I can’t recommend highly enough. A fantastic service, thank you Gill, Dr Bugra and the hospital staff as well as the Pia Bella Hotel for helping me recover.read more

Our nurses are highly trained in cosmetic surgery and patient aftercare is our top priority.